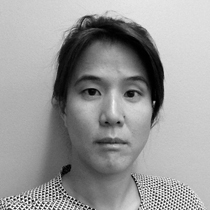 Trained as an ocean engineer and an artist, Jane Chang Mi considers land politics and postcolonial ecologies. The ocean has always played a large role in her life; she has been an avid Scuba diver for over 20 years. First certified by the National Association of Underwater Instructors (NAUI) in 1995; recently attaining an American Academy Underwater Sciences (AAUS) scientific diver certification; she is now working on her Technical Diving International (TDI) Advanced Nitrox and Decompression certification. In 2001, for her capstone at Harvey Mudd College, she helped Harbor Branch Oceanographic Institute develop the Eye-in-the-Sea one of the first long term underwater observation systems. She is currently en route to the Maldives, working on a project that considers how international actions and policies affect local and national environs.

Her work has been exhibited both nationally and internationally, most recently at Contact: Foreign and Familiar at the Honolulu Museum of Art and Adjunct Positions in Los Angeles, Art House SomoS in Berlin, and Satoshi Koyama Gallery in Tokyo. She has been a visiting artist at the National Gallery in Amman, Jordan sponsored by START House and Art Dubai, a scientist on the Arctic Circle Program departing Spitsbergen, Norway, a recipient of the University of California Institute for Research in the Arts grant and a fellow at the East West Center at the University of Hawaii, Manoa.

She is currently based out of Los Angeles and Honolulu, where she teaches at both Chaminade and Hawaii Pacific University.

Thanks for hosting
WordPress Lightbox
MENU