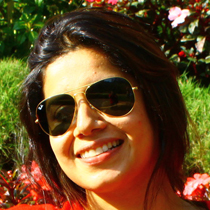 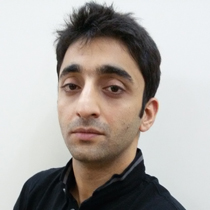 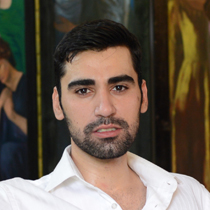 “Thank you for the space and the introduction to this remarkable city.”

Komail holds a B.A. (Hons.) in the History of Art, Journalism and Studio Art from the New York University, and a Masters in Painting and Art History (with distinction) from the Pratt Institute in Brooklyn, New York. Aijazuddin has participated in many group exhibitions, among them at the Taseer Art Gallery in Lahore (2013), Bonhams in London (2013), the Khaas Gallery in Islamabad (2013), Pulse Art Fair, New York (2010), Dock Gallery, Tel Aviv (2009) and at Rubelle and Norman Schafler Gallery, New York (2009). He is a regular contributor to The Friday Times (Pakistan), The Indian Express, and The New Republic (U.S.), and his collection of short stories ‘A Clear Blue Sky’ has been published by Penguin India.

“Thank you for the space and the introduction to this remarkable city.”
WordPress Lightbox
MENU