The Promised Land
3 By The Half Moon 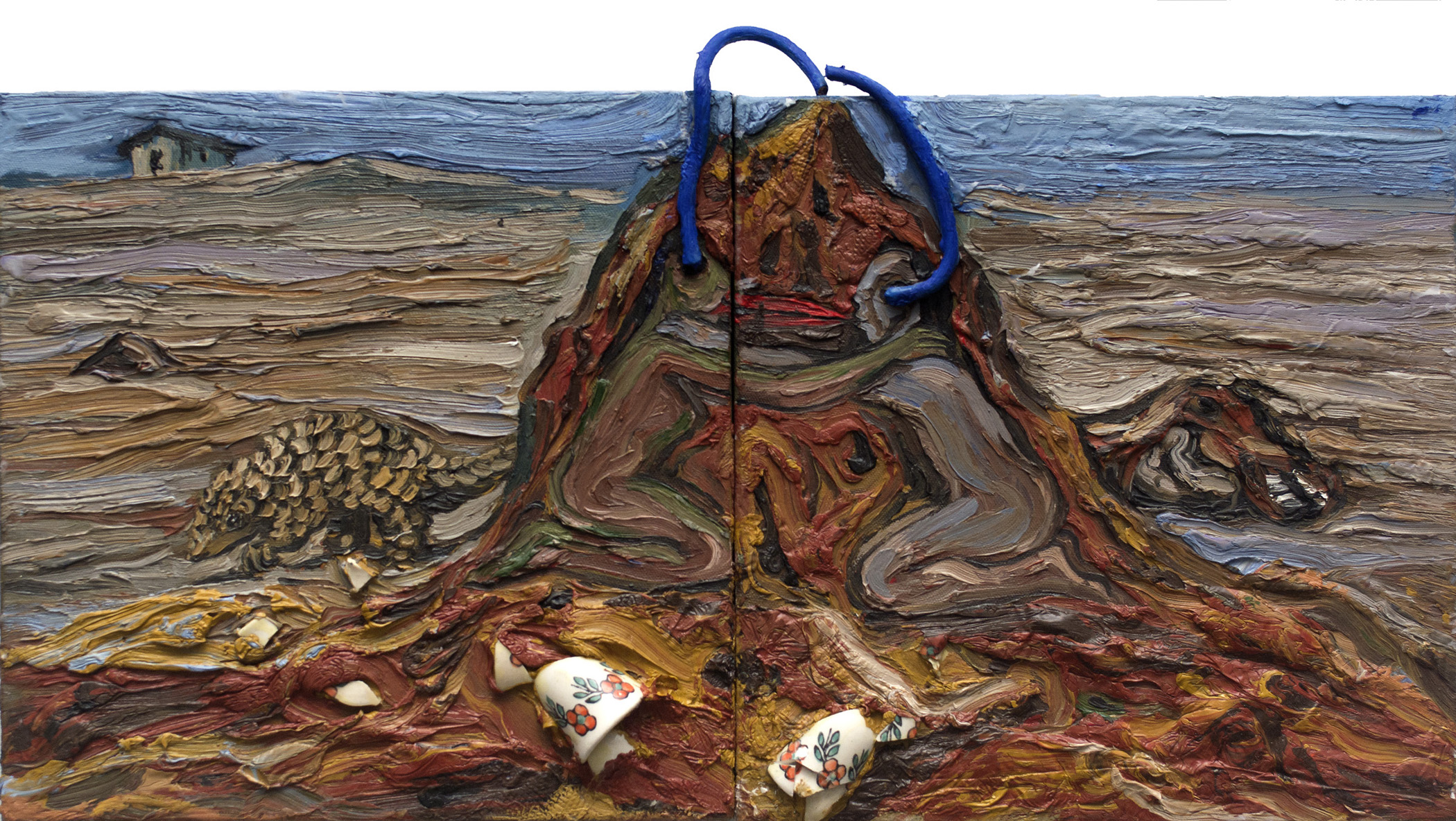 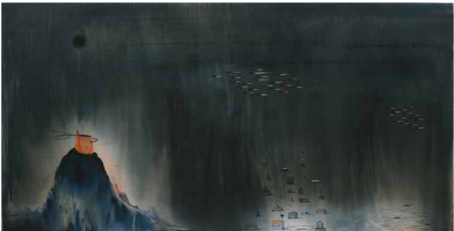 Sujiths work speaks of the contradictory emotional state that many of us inhabit, of being attracted to something and yet fearing it, as determinate to our choices and beliefs. He sees his own interest in the hundreds of property advertisements in papers promising a utopian abode set in the middle of a green paradise, as a myth that as a community we chose to believe in; a notion that is fueled by the realities of living in a city such a Mumbai. He admits the city makes even small everyday acts, of standing in queue or walking, a political gesture. Thus, whenever human figures appear in his works, they appear as though alone and lost in their own worlds. This quietness pervades the atmosphere, perhaps as a clever comment on the lost voices on individuals in today’s societies, or an honest introspection of human condition in today’s rapidly urbanizing world.

Sujith SN is a Mumbai-based artist. He received his BFA from College of Fine Arts, Trichur, and MFA from the Sarojini Naidu School of Fine Arts, Performing Arts and Communication in the University of Hyderabad. After an initial stint in architectural draughtsman, he moved to painting full time, and has exhibited regularly over the last decade. He has participated in group shows like Open Eyed Dreams in Durbar Hall, Kochi (2007); The City and Tower at Sakshi Gallery, Mumbai (2008); Indian (Sub)Way curated by Yashodhara Dalmia at Grosvenor Vadehra, London 2010; Convergence, curated by Kathryn Myers at William Benton Museum U.S.A;  Reviving  the retinal curated by Kathleen Wyma at Gallery OED, Kochi; India Art Fair 2016 and Art Bael Hong Kong 2016, presented by Vadehra Art Gallery. His solo exhibitions include Earth at Gallery OED, Kochi (2010); Map is not the territory, at Latitude 28 in collaboration with Sakshi Gallery, 2010; Psalms of an Invisible River, Vadehra Art Gallery (2013) and Stains of Stimuli  at Art Chennai (2014).

This artist bio has been sourced from Sujith SN’s biography on the Vadehra Art Gallery website.